Now I can walk straight again -thanks to my doctor 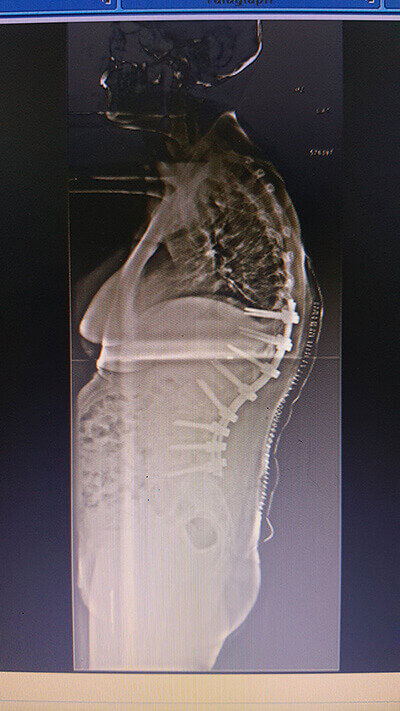 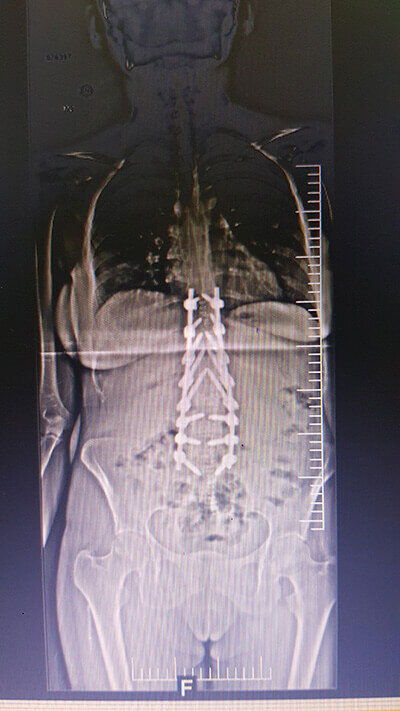 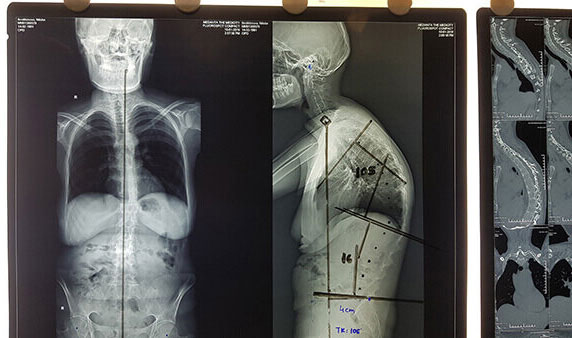 By the time Nilufer was in her mid-30s, she had reached a point of no return. Since early childhood Nilufer had suffered a condition called ankylosing spondylitis, a type of arthritis characterized by long-term inflammation and stiffness. It began as pain in her ankles and feet, then progressed to stiffness in her spine.

"It was like having a bowling ball on my chest," Nilufer says. "It wasn't fun to do anything. It's not fun not having your head on your shoulders.”

Two years later, her chin still anchored against her chest, Nilufer moved back to live with her mother and with a mission to find help. Hunched over and unable to lift her head, she was routinely mistaken for someone in her 50s. "People say hurtful things," she says.

"I had full use of everything, my hands and legs, and I could walk and talk and for the most part take care of myself," Nilufer says. "So they'd always say, why would we want to risk it? Then they'd add, 'But you have a great personality.' That makes you feel good, I guess, but great personality can't help you.”

Nilufer remained upbeat despite her disability and pain.

It was Danny, her husband who persuaded her to follow through on a referral from a young physician who had heard about a Dr Hitesh’s practice that was producing remarkable results for patients with complex spinal deformity.

In December 2018, Nilufer took a seat in the office of Dr Hitesh Garg, a spine specialist with subspecialty skills in correcting complex spinal deformity. "I can fix you," he told Nilufer. "You're in bad shape, but I've seen patients in worse shape than you. We can do this. I need about 3 days to sit down with my team and draw out a plan.”

With a mixture of hope tempered by disbelief, Nilufer underwent a new round of scans as well as pulmonary and bone testing to ensure that she was healthy enough to withstand the surgery. At the same time, Dr. Hitesh Garg mapped out his plan to realign her spine.

A week before the procedure, while waiting to see Dr Hitesh Garg, Nilufer felt panicky. "What happens if I'm a vegetable?" she asked an associate, Dr Tarun Kukreja. "You're not going to be a vegetable," Dr Tarun answered. "Why would he offer to do something he doesn't think he can do? When you come here next year you won't recognize yourself. You'll be in new clothes.”

When the day came, Nilufer arrived at The Artemis Hospital, still "scared to death." Dr. HimanshuTyagi reassured her. "He said you are in a racecar, and we are your NASCAR team, your pit crew," Nilufer remembers. "You have The Artemis Hospital and Dr. Hitesh and your own pit crew here to take care of you.”

Over a period of 11 hours, Spine Surgery Team including Dr. Hitesh Garg, Dr HimanshuTyagi and Dr. Tarun Kukreja created a carefully designed surgical fracture called a Pedicle Subtraction Osteotomy (PSO) at the base of Nilufer’s spine to re-align her spine so that her head could sit properly on her shoulders.”

When it was over, Nilufer was 3 inches taller than she was before. She was in pain, which she expected, and she remained at The Artemis Hospital for 5 days (1 in the ICU and 4 in the step-down unit).

Nilufer did get new clothes, and new shoes to dance in. She changed her hair color and bought new makeup so that people could see her face.

Nilufer calls Dr. Hitesh Garg "my genius and my savior." She describes him not only as a gifted doctor but also one who smiles and laughs and talks to his patients.

In return, Dr. Hitesh Garg and Spine Surgery Team have earned a friend for life.

"That place has made me a new person," Nilufer says. “I honestly had almost given up to accept the way I was. If I see someone in a neck brace, or if they're having back problems, I go up to them and say, 'You may not want to get online today, or tomorrow, but when you're ready to have a change, have a look at Spine Surgery Team at Artemis Hospital, Gurugram. You can have a second chance. Look at what it has done for me."